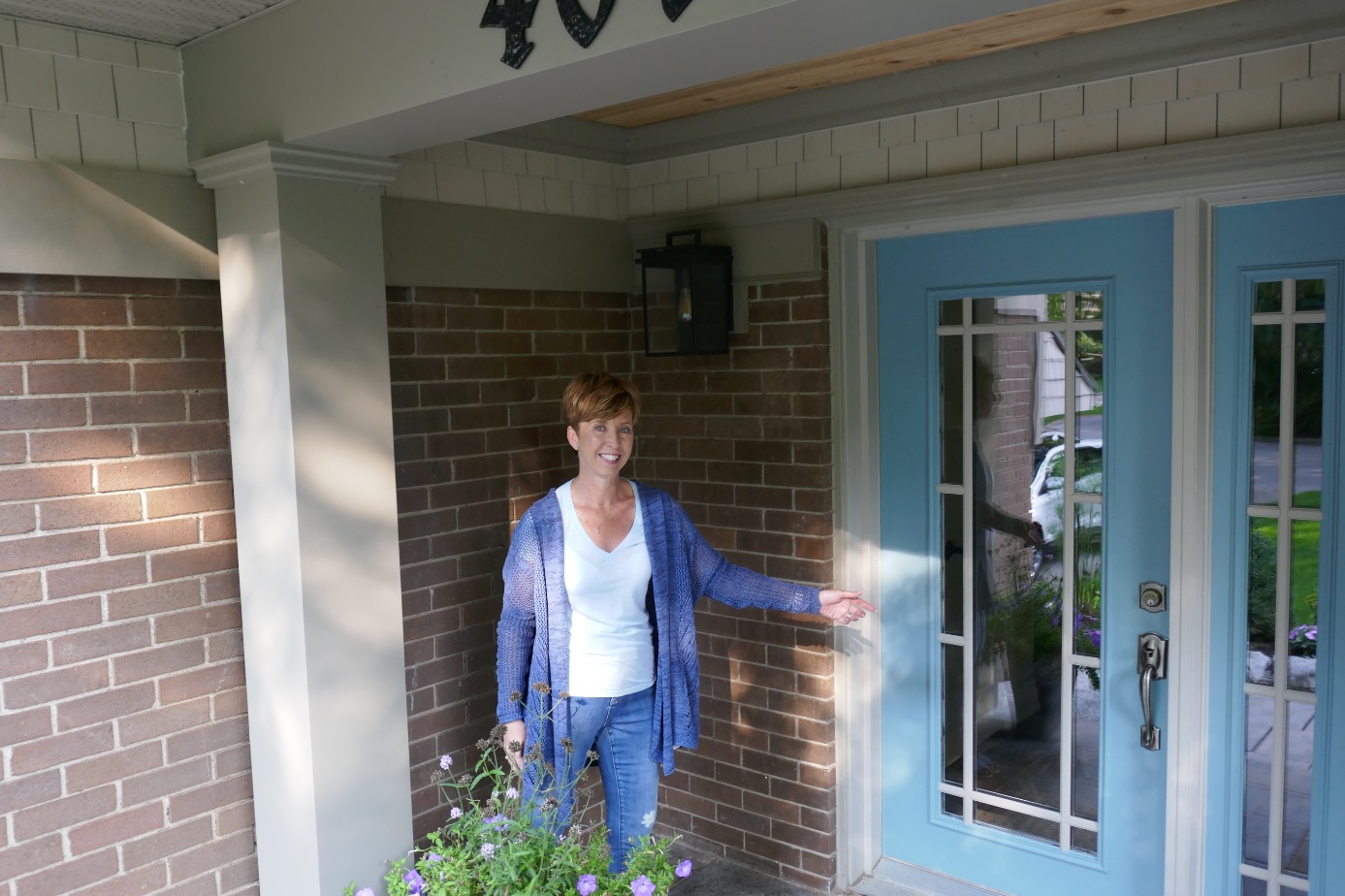 Side split homes are split-level configurations where multiple levels are visible from the front. It’s like the house has been cut in half and one end has been raised six feet. Typically, the garage is brought into the house at ground level and the bedrooms are stacked above. One reason the design was originally favoured was because it eliminated the need for a separate garage. In terms of efficiency however, the interiors do not feel as spacious as a two-story house (that could have been built in the same building footprint). From an architect’s perspective, the side split design is considerably more efficient than a bungalow and so it finds itself in between these two design concepts.

Historians like to credit American architect Frank Lloyd Wright as being the visionary who first created a split – level design. There were several examples among his Prairie-style homes in the early 1900s. This notion isn’t entirely accurate however as the design that carried the ‘Side Split’ name in the late 50’s and which became popular in the early 1960s was different than FLW’s original blueprints.  Parking a car inside a house for example, made it different.

Take a walk through Oakville and Burlington in 2020 and you’ll find residential areas that are filled with side split homes. These upscale neighbourhoods were the city’s new developments in the 1950s.  Today they’re well established communities with spacious lots and beautiful mature trees and plenty of public amenities.  Houses in these neighbourhoods are in high demand and side splits are continually being upgraded into roomier, more attractive residences.

Here’s Jim in Burlington discussing his exterior renovation and his positive experience working with Eastview Homes.

Here’s the lady of the house underneath the new front entrance portico. The addition of sizable limestone blocks really sets up the home’s exterior front pillars which frame the cozy front porch.  The wood columns provide visual interest and texture which carries through the exterior design. The improvements accentuate the house to make it more appear more formidable, and inherently more valuable.

The original side split design was popular because it gave families more separation, but not more space.  The layout was almost always the same.  When guests enter through the front door they see a large living room, and a separate dining room and kitchen.  In the center of the house near the front door are five or six steps leading up to the bedrooms and bath; and the same amount of steps down lead to the family room and another bathroom.  This design was popular because it provides a family with four common living areas plus private areas (the bedrooms) above the garage.

The landscaping around the front entrance adds greenery and flowering plants to give the property bursts of lively color.  The existing garage door was refurbished and painted to match the new exterior finish. The house has distinct lines that further dignify it’s presence.

Out back, the columns return to help define the rear covered porch. They mark the limit of the overhead and add structure to the patio space. See how Jim leans on the column as he relaxes here. Wooden decks and patios can greatly declutter backyards and are better than back porches for storing toys, grilling utensils, gardening tools and other items. Rhonda’s choice of wicker furniture and potted plants are good ideas for decorating the all-weather exterior spaces and make it feel even more natural on sunny days.

The beautiful wooden mandapam continues half way to the pool which is atop a small rise at the very back of the property. Decks that extend more than fourteen feet from the house require additional foundation and structural work. Having this open area beyond the covered porch means they have more options for entertaining. If the weather outside is nice, they can BBQ and picnic in the sun, and if it rains they can retreat under the awning.   Jim likened his backyard to a patio oasis.

Small decks don’t have to feel inadequate. It’s easy to incorporate a food serving area, built-in seating, and storage or even a cozy 6×6 jacuzzi if that amenity more accurately matches your family’s entertaining style. You can read about how Eastview Homes builds Decks, Fences and Patios that command and transform backyards into more relaxing spaces, and also get more info on Eastview Homes Exterior Wood Siding service.